One of the ways in which computers get infected by adversaries is by using remote code execution exploits. Where there are attack vectors, there are defenses. A well-known piece of software that can tackle most common exploits is Malwarebytes Anti-Exploit. Just like EMET Anti-Exploit consists of a series of exploit mitigations that should stop most off-the-shelf exploits. However, this does not mean that with enough time spent into researching a security solution there is no way to bypass it. No single security product can have a definitive advantage in the cat-and-mouse game between security researchers and exploit developers at one side and the defenders at the other side.

If an attacker would want to bypass Anti-Exploit two paths can be followed:

In this blog post a technique will be discussed that takes the second route.

Just like EMET Anti-Exploit stores its configuration in a section of read-only memory (from now on called MITIGATION_CONFIG). Based on this configuration it is determined whether a mitigation check should be performed or not. 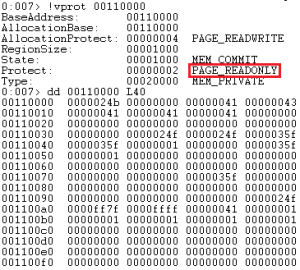 Figure 2: Decompilation of function that implements the stack pivot mitigation in Anti-Exploit 1.08.1.1189

If the mitigation is not enabled the function responsible for the stack pivot mitigation (mbae.dll+0x6980) will return zero as expected. There is one catch though with this AND operation, the global boolean variable (mbae.dll+0x53b00) is stored in writable memory.

When mbae.dll+0x53b00 is overwritten with zero, the AND operation will always yield zero. This type of check seems to be used in about all mitigations, therefore it is possible to disable Anti-Exploit by only overwriting one value in memory. The table below shows the effect of overwriting the boolean variable with zero on the stack pivot mitigation:

Writing a POC for this disarming flaw would only require the following two steps:

This disarming flaw discussed in this blog post has been fixed in MBAE version 1.09 by marking the memory that stores the boolean variable as read-only.